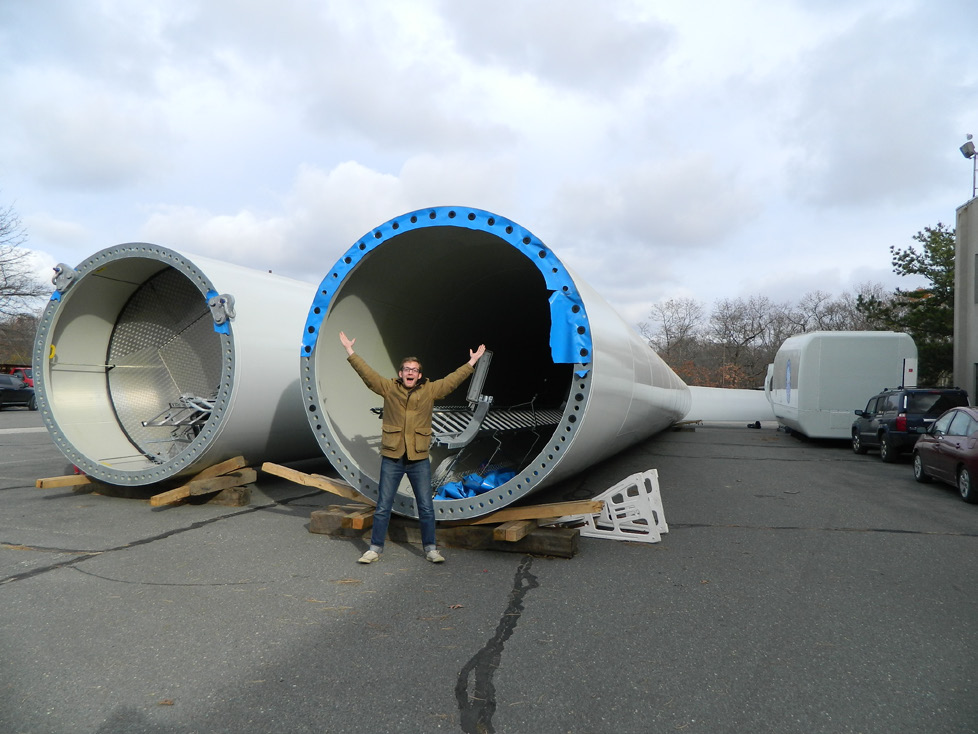 from the projects in our portfolio to ensure that your purchase is truly helping to get more renewable energy on the power grid.

Not sure what that means?
We've laid it all out here:

How do Renewable Energy Certificates (RECs) work?
REC Classes: We supply “Class 1” for the biggest impact
Buyer Beware: Not all RECs are created equal 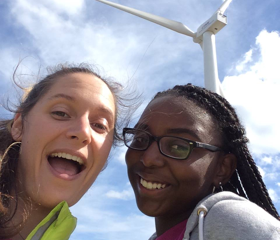 When you use electricity, you are pulling electrons from the New England power grid. The grid is like a lake with streams feeding into it (generators) and streams draining out of it (electricity users). There’s no way of knowing which generator produced the specific electrons that power your home, just as there’s no way of knowing exactly which stream a specific water droplet came from once it’s in a lake.

That’s where RECs come in: for every megawatt hour (MWh) of electricity that a renewable energy generator puts on the grid, a REC is created. Purchases and sales of RECs can easily be tracked. Each certificate documents the characteristics of the power source, information such as air emissions, fuel source, generation date, and date the generator began operating. So though it is separate from the physical electricity, it symbolizes a specific megawatt-hour of electricity and represents a claim to it. There is no way to direct specific renewable energy electrons to your home. But you can buy RECs. In fact, by buying the REC, you are claiming that particular renewable energy for your home.

RECs might seem like a difficult concept, but the REC market has driven the development of renewable energy in New England by capturing demand and providing funding for renewable energy.

REC Classes: We supply “Class 1” for the biggest impact 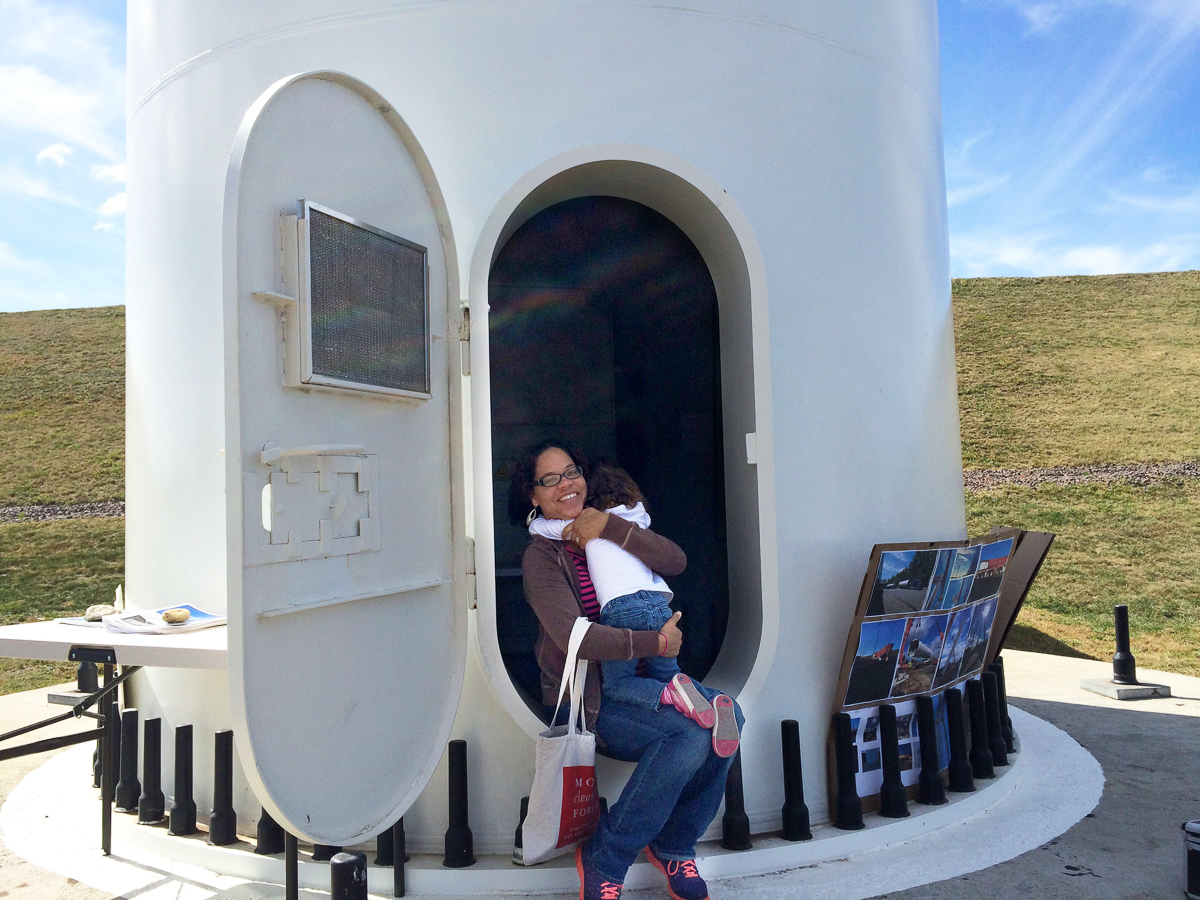 Supplying our members with RECs that make a difference on the New England power grid is key to our nonprofit mission, so both of our renewable energy mixes contain “Class 1” RECs: New England GreenStart contains 25% Class 1 and New England Wind contains 100% Class 1.

In Massachusetts, different kinds of RECs are separated into classes based on criteria in the state’s Renewable Energy Portfolio Standard (RPS). “Class 1” RECs come from New England renewable energy generators built since 1997. Per the RPS, all electricity suppliers (such as the major utilities, Eversource and National Grid) must source 13% of their electric load from Class 1 projects in 2018. In other words, for 13% of the electricity they provide, electricity suppliers are required to purchase Massachusetts Class 1 RECs. This amount required goes up 1% every year, so with the current state of the law, we will reach 100% in 2105.

By voluntarily purchasing Massachusetts Class 1 RECs outside of the state RPS, you’re pushing the grid towards a greener future faster. The more Class 1 RECs we buy voluntarily, the harder it will be for major electricity suppliers to fulfill their mandate. The harder major utilities have to look for renewable energy to fulfill their mandate, the greater the demand, and the more projects will get built. In other words, as more and more of us purchase Class 1 RECs voluntarily, we are building demand for local renewable energy by encouraging the construction of more local projects so that electricity suppliers can meet their REC needs.

Buyer Beware: Not all RECs are created equal 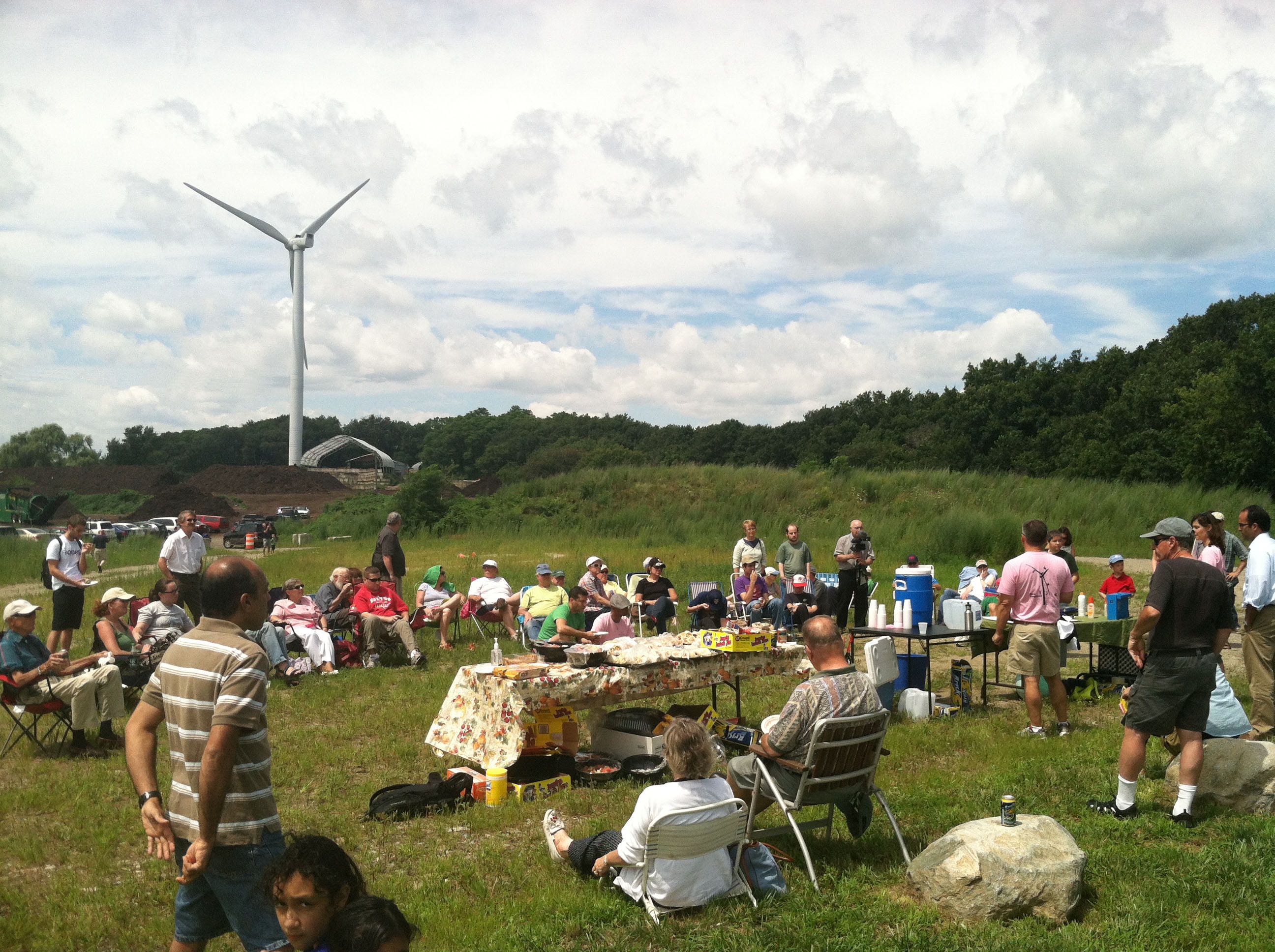 Take Texas, for example. Texas has the wide open spaces and high wind that make wind farms (projects with multiple wind turbines) possible. Because wind farms take advantage of economies of scale, the costs per megawatt-hour produced are relatively low and just selling just the electricity the turbines produce make these projects financially feasible. As a result, renewable energy development in Texas has surpassed its Renewable Portfolio Standard mandate, and renewable energy is thriving simply because of the geographic and economic conditions. Voluntary purchases of Texas RECs are not needed to push renewable energy forward.

The geographical conditions in New England, in contrast, do not make land-based wind farms as possible. As a result, wind developers cannot take advantage of economies of scale to bring down their costs and rely on REC sales to make their projects possible. Voluntary REC purchases in these conditions are crucial to getting new renewable energy on to the grid.

Because of these different conditions, RECs from places like Texas are overabundant and cheaper than New England RECs; supply has outstripped demand. Many competitive suppliers have taken advantage of this situation. Competitive electricity suppliers who offer electricity supply at a rate lower than that offered by the major utilities who claim to offer a “green” product are most likely purchasing RECs on the national market – from places like Texas. However, purchasing these RECs does not make a difference because the projects are financially feasible even without REC revenue. Competitive suppliers’ purchase and re-sale of national RECs is greenwashing; these suppliers are marketing a product as environmentally friendly when, in fact, it doesn’t make a difference. If you live in Massachusetts or Rhode Island, purchasing a REC from a large wind farm in Texas, for example, is not shifting our grid away from fossil fuels. Given that REC revenue isn’t necessary for projects’ financial feasibility in Texas, it is not shifting Texas’s grid away from fossil fuels either. Put simply, it does absolutely nothing.

Ready to make the switch?

Enroll now
How it works