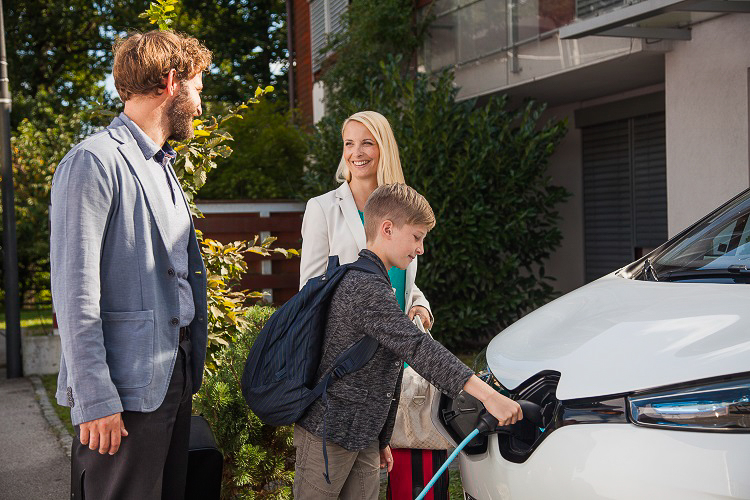 BOSTON — Since 1990, Massachusetts’ greenhouse gas emissions have decreased in each major sector except one: transportation, the sector producing the most emissions.

To help reduce these emissions, Massachusetts has set a goal to have 300,000 electric vehicles on the road by 2025. But the high upfront costs of these vehicles make them beyond the reach of many families and communities. Government officials and advocacy groups say that including low- and middle-income families in clean technology initiatives will be critical to reaching the state’s goals.

Reducing emissions is more than just a goal in Massachusetts. The Global Warming Solutions Act — a state law signed by then-Gov. Deval Patrick in 2008 — requires Massachusetts to reduce heat-trapping greenhouse gas emissions by 25 percent in 2020 and 80 percent in 2050 compared to 1990 levels.

The goal for 300,000 electric vehicles was made in 2014, when Massachusetts joined seven other states to form an action plan for moving toward zero-emission vehicles. A 2015 EOEA study confirmed that a shift toward electric vehicles would be needed to decrease the transportation sector’s greenhouse gas emissions.

Many more residents will need to adopt electric vehicles to reach the 300,000 target. The Metropolitan Area Planning Council, a public planning agency for the Greater Boston area, compiled a 2014 vehicle census using data from the Registry of Motor Vehicles. The data indicate that Massachusetts had approximately 69,000 hybrid passenger vehicles and about 600 electric vehicles in 2014.

Since 2014, Massachusetts has offered rebates to residents who purchase or lease electric vehicles, including hybrids. Under the program known as MOR-EV, rebates range from $1,000 to $2,500, depending on the type of car. Taxpayers may also be eligible for a federal tax credit of up to $7,500.

But even with rebates and tax credits, the price to buy an electric vehicle is often beyond many budgets.

Hybrid vehicles cost from the mid-$20,000 range and higher. The Chevrolet Bolt, an all-electric vehicle, starts above $35,000. And Tesla models, the luxury brand of electric vehicles, can exceed $100,000. A car running on gasoline can be bought for around $15,000.

Middlesex County has seen the highest number of MOR-EV rebates. According to U.S. Census data, it has the second highest median income in Massachusetts, behind only Norfolk County.

Jennie Stephens, a professor of sustainability science and policy at Northeastern University, sees certain individuals, households and communities as being left out of the movement toward clean technology.

“Our energy systems are inadvertently perpetuating inequality rather than reducing it,” Stephens said. “Energy innovations are benefiting people who can afford them – there’s a real challenge there and also an opportunity.”

Stephens said she has been working on the concept of “energy democracy,” which she describes as connecting changes to the energy system and responses to climate change with other issues of social justice. She said these are often thought of as separate issues.

“It’s teally important to think about how these new technologies are deployed, who has access to them, and who benefits from them,” Stephens said.

“We have a commitment to get 300,000 electric vehicles on the road by 2025,” said Mass Energy programs director Eugenia Gibbons. “We have to be innovative in our approaches to how we make that possible, and we cannot afford to leave any community behind.”

The program collaborates with car dealerships to offer group discounts to program participants. Dealerships benefit because they don’t have to market and recruit customers, Gibbons said.

Beaton said the Department of Energy Resources is developing a pilot program that will extend access to electric vehicles even further into low-income communities.

“Equity across the transportation space is very important,” LeBel said. “We’re trying to strive for that more narrowly in the electric vehicle policy as well.”

LeBel said California is ahead of Massachusetts in transitioning to electric vehicles. He said the state has started electric car-sharing programs for low-income communities.

Beyond cost, other barriers to electric vehicle ownership include infrastructure and electricity rates. In Massachusetts, many communities have no public charging stations for vehicles. Both Eversource and National Grid have proposals before the Department of Public Utilities to expand charging infrastructure, and Gibbons said Mass Energy supports having infrastructure added in low-income communities.

Gibbons also sees changes to electricity rates as a way to encourage electric vehicle ownership. Instead of flat rates, time-varying rates would provide incentives for electric vehicle owners to charge during off-peak hours. These rates could benefit all customers because they would drive down usage and costs dring peak demand times, Gibbons said.

“You can look at the clean transportation agenda overall as a package to try to improve the equity of all of these programs,” LeBel said.

Stephens, the Northeastern professor, said electric vehicles are important because of the dominance of cars in society.