How we make an impact

It starts with Renewable Energy Certificates

When you enroll in Green Powered, we purchase renewable energy certificates (RECs) on your behalf. Owning and retiring RECs for the energy you consume is the only way to claim that your electricity came from renewable energy sources.

For every megawatt hour (MWh) of electricity that a renewable energy generator puts on the grid, a REC is created.

Each certificate documents the characteristics of the power source, information such as air emissions, fuel source, generation date, and date the generator began operating.

Why do you need to buy RECs to claim you're green powered?

The electric grid is like a bathtub with spigots feeding into it (generators) and streams draining out of it (electricity users). There’s no way of knowing which generator produced the specific electrons that power your home, just as there’s no way of knowing exactly which stream a specific water droplet came from once it’s in a bathtub. diagram That’s where RECs come in: 1 REC symbolizes a specific megawatt-hour of electricity created by a renewable energy generator, and represents a claim to it. By buying the REC, you are claiming that particular renewable energy for your home. If you buy Class I or “new” RECs, you’re also sending a message to the “spigots” to add more renewable energy and less fossil fuels to the overall grid.

We’ll explain that next.

Blog: Why buying Class I RECs is the only way 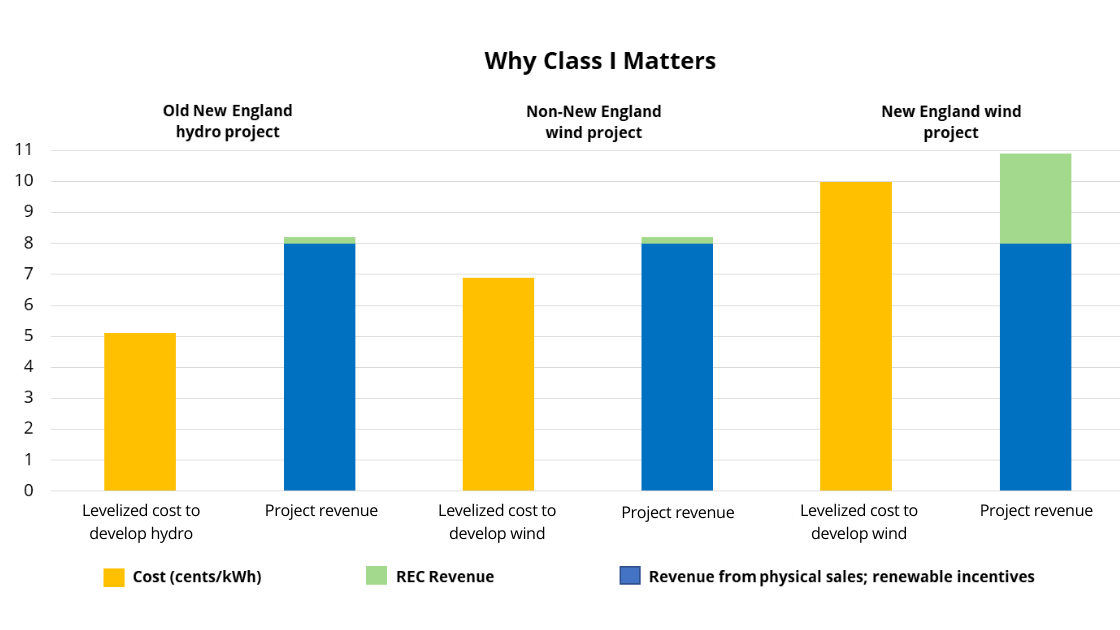 Supplying our members with Renewable Energy Certificates that make a difference on the New England power grid is key to our non-profit mission, so Green Powered supplies only “Class I” or “new” RECs.

Per the laws, all electricity suppliers (such as the major utilities, Eversource and National Grid) must source an increasing amount of their electric load from Class I projects every year. By purchasing Class I/new RECs and only Class I/new RECs, someone like you can push the grid towards a greener future faster. The more we buy voluntarily, the greater the demand from major electricity suppliers to fulfill the mandate (sometimes we call it “keepaway”), and the more projects will get built. 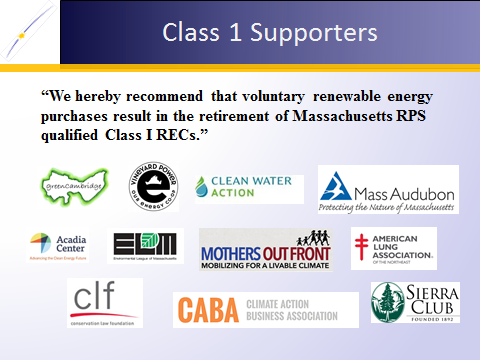 Competitive suppliers purchase electrons on your behalf and often promise savings compared to what the utility supplies, but these savings do not last. It has been proven that individual consumers lose money overall when they choose a competitive supplier.

Many competitive suppliers have been known to “greenwash”, which is to market a product claiming it’s great for the environment when it’s not. When you buy green electricity, you want this to happen. 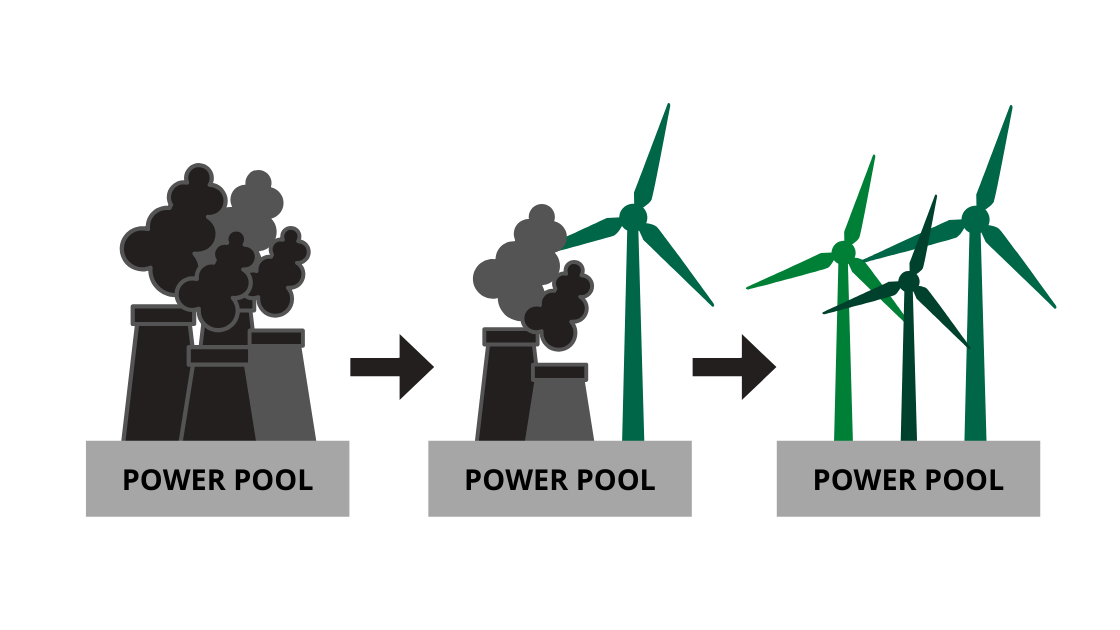 Because of these different conditions, RECs from places like Texas (for example) are overabundant and cheaper than New England RECs; supply has outstripped demand. Many competitive suppliers have taken advantage of this situation, claiming to offer a “green” product but most likely purchasing cheap RECs on the national market and marking them up handsomely. By law, competitive suppliers will include the minimum Class I/new renewable energy required, but that’s all.

You get what you pay for. A “green” competitive supplier may cost less than Green Powered, but almost every penny paid to Green Powered goes toward purchasing RECs from local projects in need of financial support.