Sign up & receive alerts to save energy when the grid is at its dirtiest.
Sign up for alerts
Blog: 2 weeks of peaks?

It's the home stretch!

We've had 3 weeks of high temperatures but on Wednesday 8/10 we'll see a much needed cooldown. Monday & Tuesday, reduce electricity usage from 5 - 8 pm (ESPECIALLY on Monday).

The current summer peak (shown below) was 24,333 MW on Thursday, 8/4 at 5:50pm. But here's some good news: predictions that excluded solar production expected us to use a filthy 26,000 MW. Because of solar production during the day, we didn't get there. 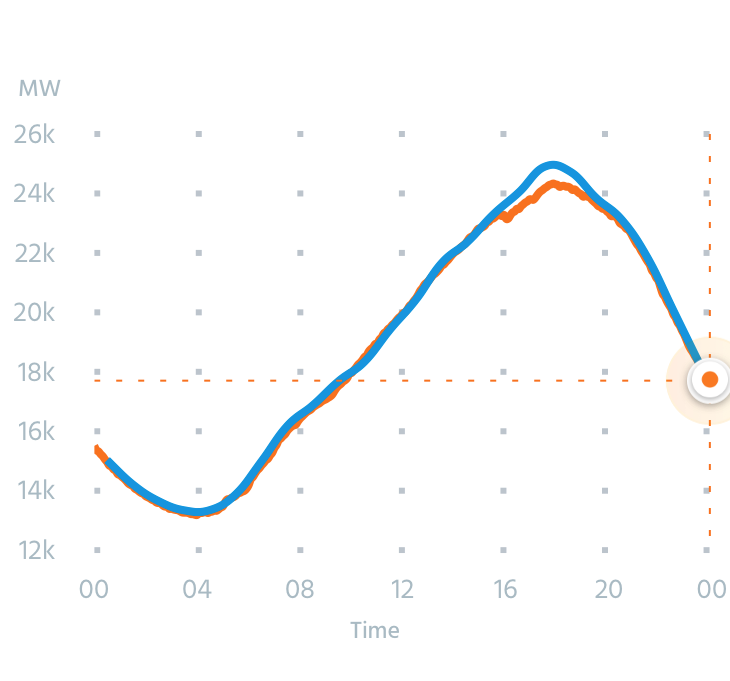 Days over 22,000 MW in demand wreak havoc on our climate, and we've had plenty in the past few weeks. That's why Shaving the Peak is important on any day with high temperatures.

Unfortunately, Green Energy Consumers does not have a way of measuring the direct success of efforts taken by people like you. But we observe that on most days recently, actual electricity demand was lower than what grid operator ISO-New England predicted, including the current summer peak on 8/4.

Another example, on Thursday, 7/21, ISO-NE predicted that demand would be 24,100 MW at 6pm, but the highest usage actually occurred around 4pm and was 800 MW less than predicted!

Many factors, including weather fluctuations and solar production, influenced this outcome. But peak shaving efforts (within and outside of our Shave the Peak program) by people and communities were a small part of the effect too!

The blue line shows what was predicted and the orange line is what happened. 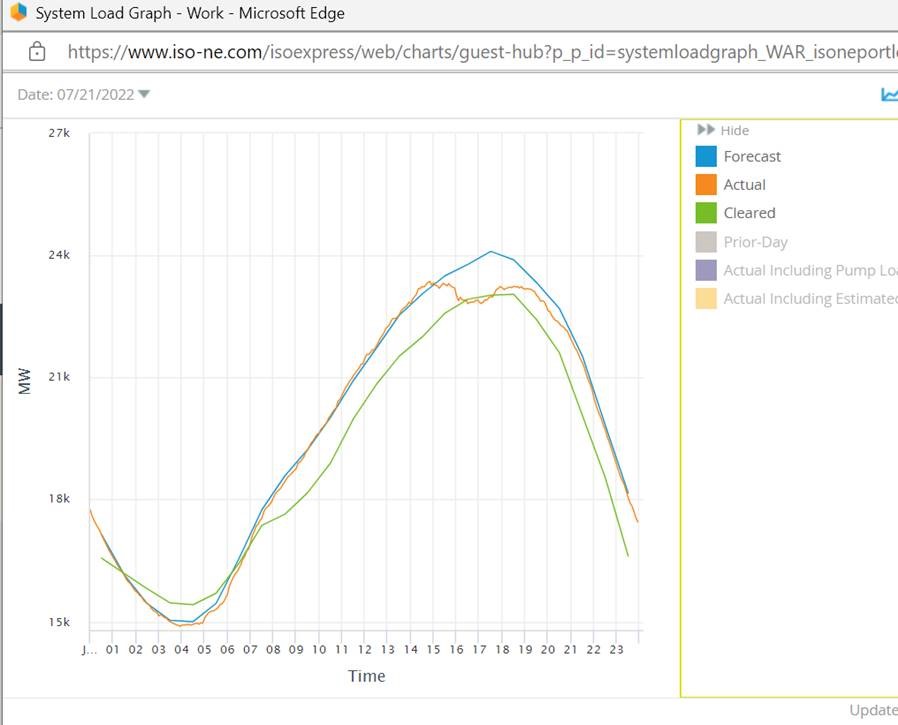 How does Shave the Peak work?

Consumer action is a better, cleaner, and cheaper way to meet electric demand on peak days.

Shave the Peak empowers people to use less electricity when it matters most. Become a member of a growing community committed to reducing electricity use at home on days when skyrocketing overall demand is met by the dirtiest and most expensive fossil fuels. These are called “peak days.”

Our collective actions advocate forward-thinking policies that can transform our electric grid.

Sign up to receive conservation alerts on peak days, learn more about the electric grid, and support our advocacy efforts to clean up the New England power system.

Peak days, which occur on just a few days ever year, drastically impact the affordability and sustainability of the electric grid. So what’s going on?

To see what happens to the grid on a peak day, we can look at Friday, August 12th, 2016, which was the highest electric demand day of 2016 and one of the hottest days of the summer. On that day, temperatures soared above 95 degrees; across the region, New Englanders all cranked their air conditioners. As the afternoon wore on and people got home from work, they started cooking, turned on their TVs, or ran the laundry. Electric demand peaked at over 25,000 MW—almost twice the normal electric system load. 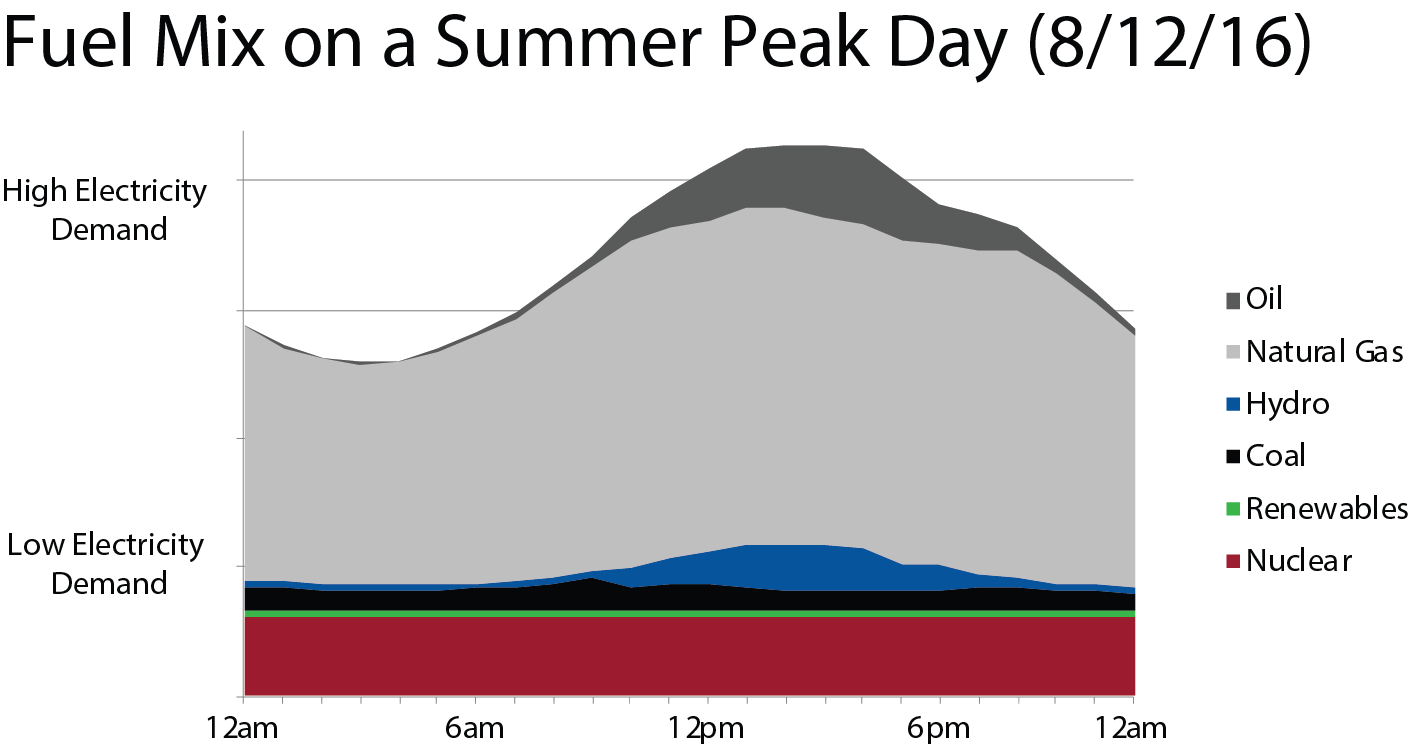 To meet the extreme electric demand, the grid operator—ISO-New England—turned to “peaker plants,” the power generators of last resort. These power plants are generally the dirtiest and most expensive, running on gas and oil and selling their power at extremely high rates. Peaker plants are only necessary for the highest demand hours, about 2 – 7% of the year in full. In the graph above, you can see how the grid ramps up power from oil and gas peaker plants as electric demand grows.

As demand grows, price skyrockets. At the price peak on August 12, 2016, wholesale electric prices per MWh were over ten times the average for the year. Peak hours have such a big impact on our electricity costs that just 1% of the hours in the year account for 8% of the costs, and 10% account for 40%.

Peak days don’t just happen in the summer. Because most New Englanders use natural gas to heat their homes and buildings, on the coldest winter days, natural gas peaker plants don’t have enough gas to run. So, the grid turns to the dirtiest, most expensive fuel—oil—to meet the electricity demand. On the peak day last January, oil fuel provided the plurality of megawatt hours to the grid. 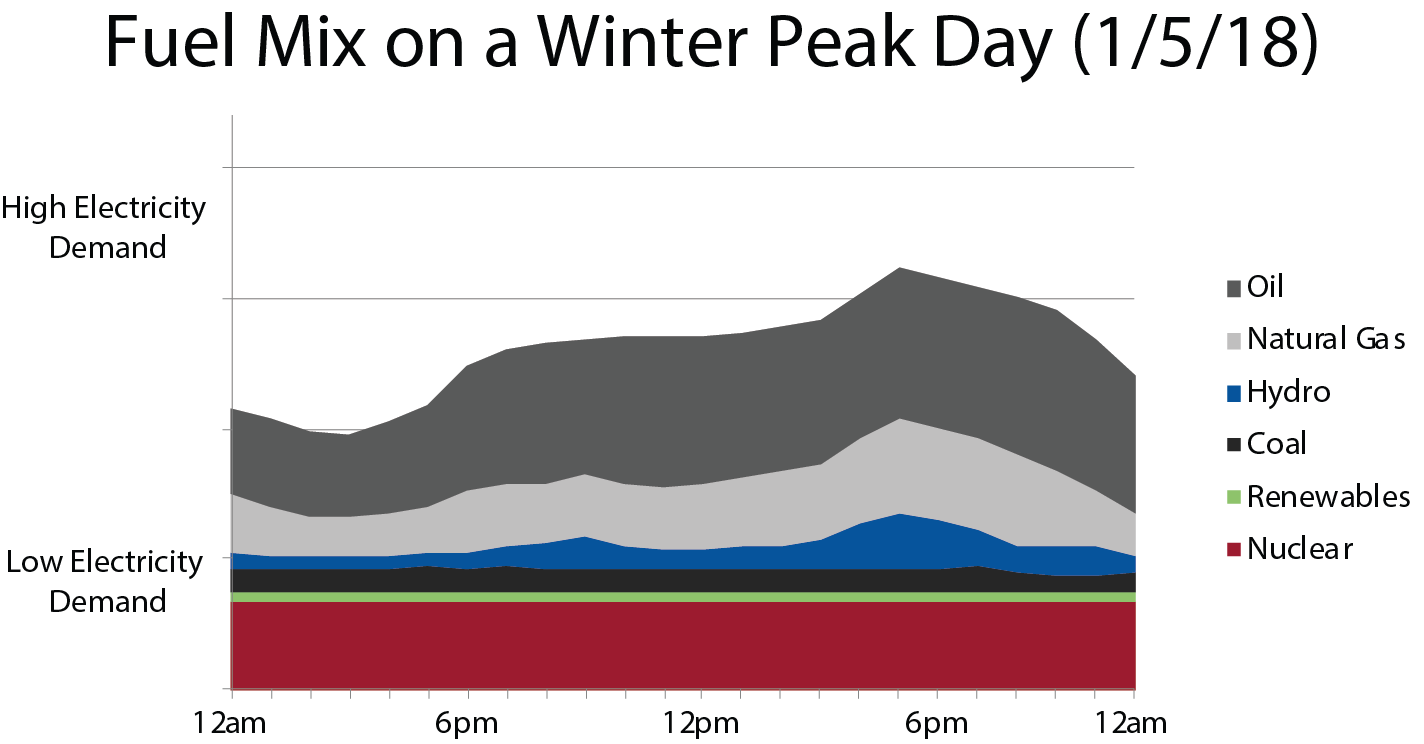 On a peak day demand can be twice as high, but prices can be TEN times as high. 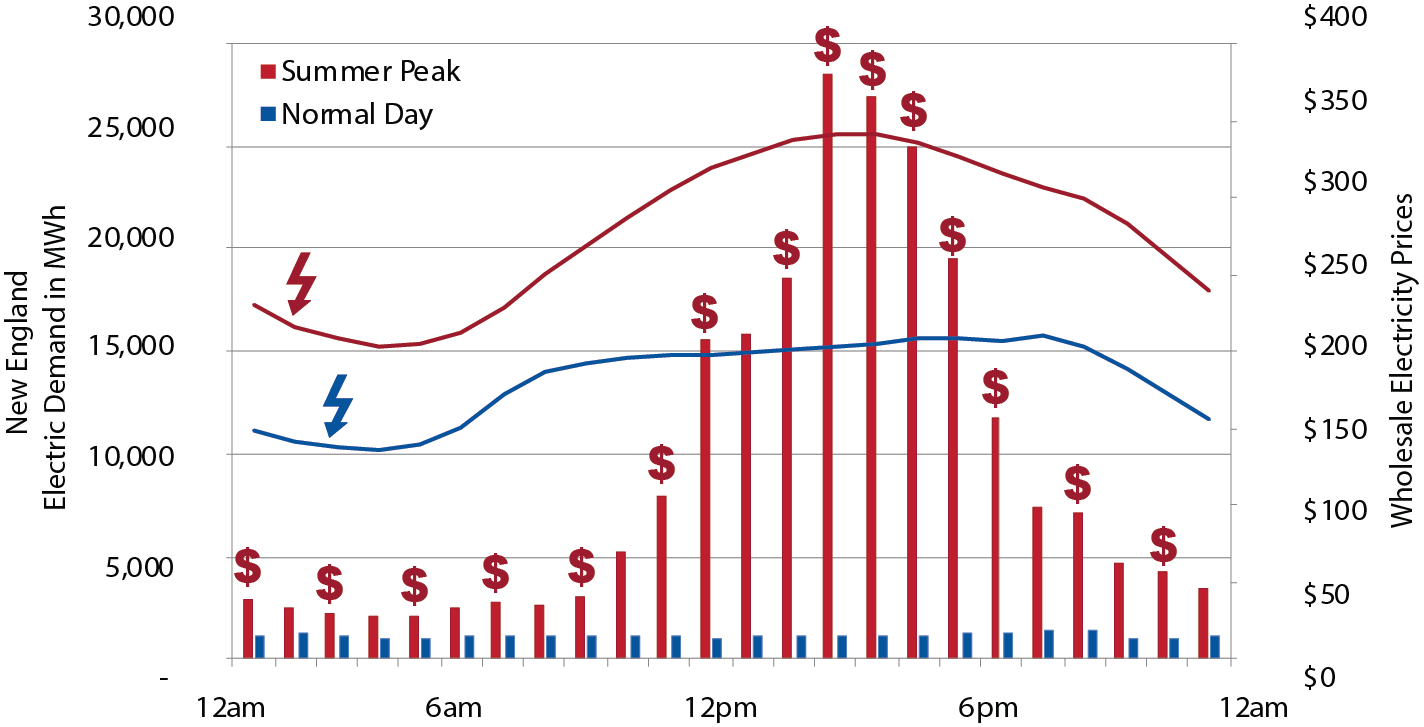 Peak days are expensive and dirty—but we can help. We can usually predict when peak events will occur a few days in advance, so we can plan to reduce demand during the hours of highest electric use. Sign up for Shave the Peak alerts to receive peak event notifications and suggestions for how to cut down on electricity use.

Read our blog to learn more
View our webinar slides

The easiest way to save energy during peak events is by turning down the heat or air conditioning.

In the summer, turn the air conditioning down or off. Use fans whenever possible, and avoid using large appliances in the afternoon and evening.

During winter peaks, lower your thermostat a few degrees. You can also shave the peak by delaying your energy use. Wait until after 8 or 9pm to run the dishwasher, turn on the laundry machine, or cook in electric ovens.

Take a break from TV, computers, and other electronic devices for the afternoon—or charge portable devices beforehand and run them off of battery during the peak.

If you have an electric car, make sure that you charge it before or after the peak, not during.